Graph databases have implemented specific query languages which better match the data representation of a graph. Neo4j has invented its own query language "Cypher" which was standardized then into OpenCypher.

For some time now, we have a slide in our main presentations representing a specific graph problem for which we explain the power of graphdb. 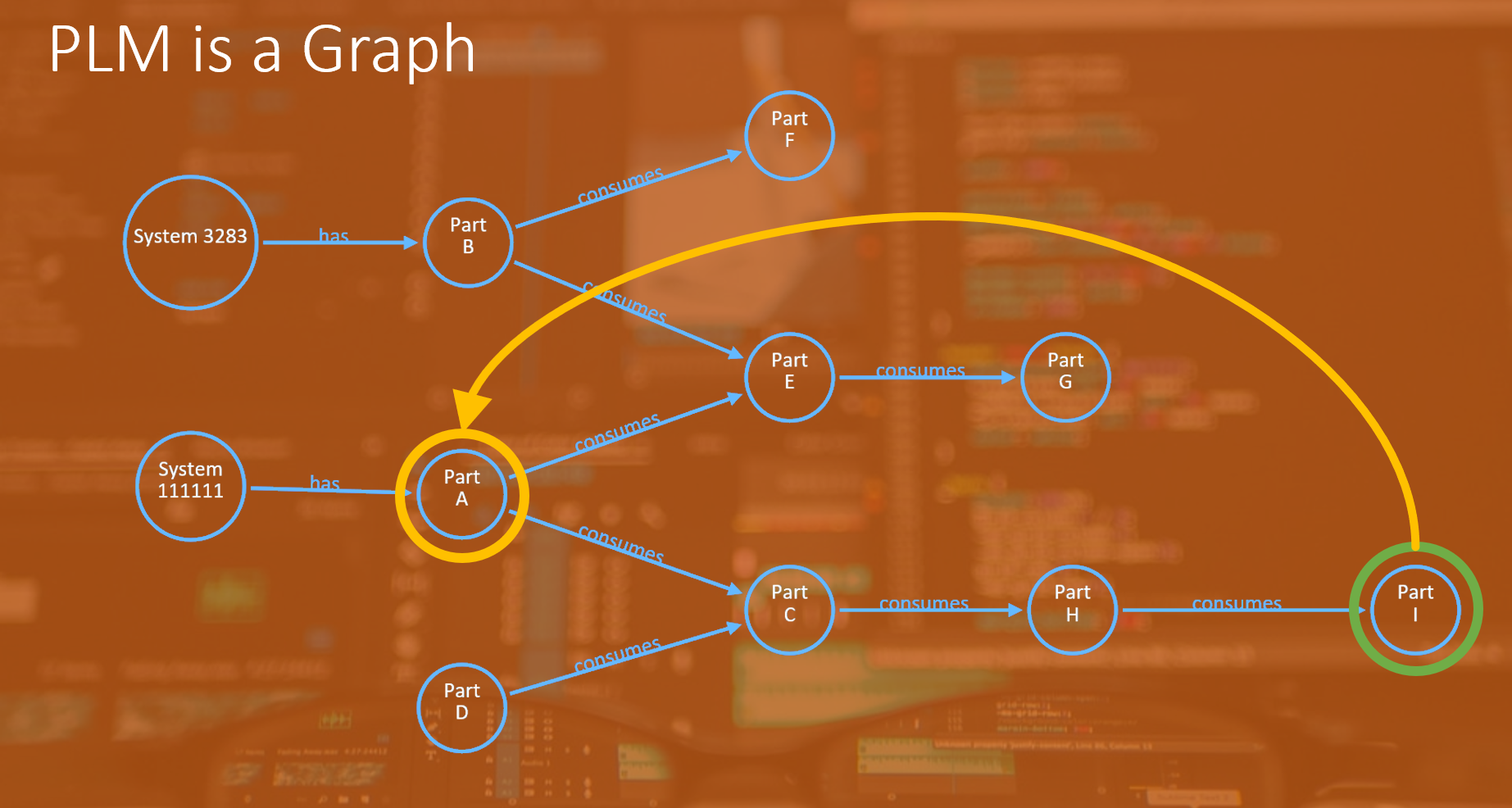 The use case is the following. You have systems, and each system has a bill of materials made of parts. At any depth in this bill of material we want to know what is the top assembly part consumed in a system which contains the part we are looking at. In the slide, if we visit Part I, the answer should be part A and not D as it is not used in a system. If we visit part H it gives the same result. If we visit part G, the result would be B and A.

We implemented it with SQL server by creating a datamodel containing 4 tables:

For the graph database, we did not have to specify a schema in advance, we just built nodes and edges out of the blue.

We did not compare performances because it is very complicated for us to make sure both test are done in the same condition. With much larger datasets, comparing cost of infrastructure and speed of queries could give a better comparison result. What was really important for us is the ease of writing cypher queries. Such queries are very common in PLM and you don't need to be an expert to write the cypher query. Remember, shorter queries are easier to maintain.